The Extended Trivial Script Options (ExTSO) mod adds many more options for the trivial script, while also adding compatibility for the use of the EB Online multiplayer files, multiple engines as well as being able to run the game with the Steam version of Rome: Total War and its expansions. 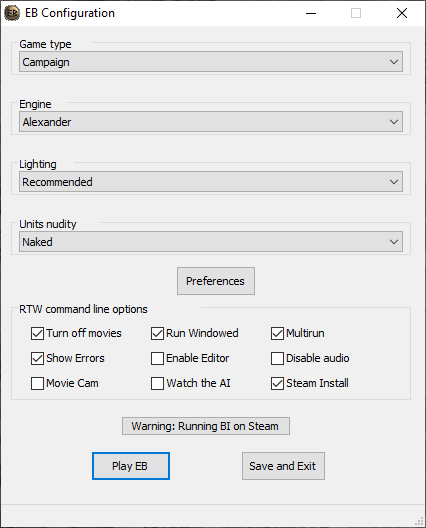 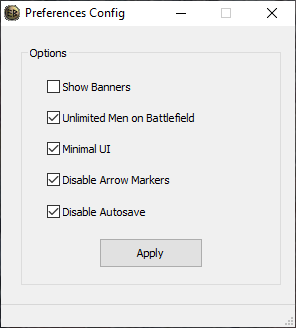 Install ExTSO in your Rome: Total War (or BI, or Alexander) folder, where the game’s executable file and EB folder are located.

DO NOT install ExTSO *inside* your EB folder.

Since the Steam version of Rome: Total War Gold has the same App ID for both the Rome: Total War and Barbarian Invasion executables, EB runs on the Rome engine automatically.

In order to run EB on the Barbarian Invasion engine, the Trivial Script will rename the file RomeTW-BI.exe (the Barbarian Invasion executable) to RomeTW.exe (the Rome: Total War executable), which is located in Steam’s Rome: Total War Gold folder.
In order to do this, the Trivial Script will copy and rename the file RomeTW.exe to RomeTW-BI.exe. It will automatically make a backup of the files, but make sure to keep a backup as well, in case there is an unexpected issue.

If you wish to play other mods or the original game, either start the EB Configuration and exit, or rename the executables yourself. When it starts, the EB Configuration will look for the RomeTWbak.exe and RomeTW-BIbak.exe files and restore the original executables through them, following the same process it does when running a Steam version of BI.